Warning! Unfortunately your browser has disabled scripting. Please enable it in order to display this page. 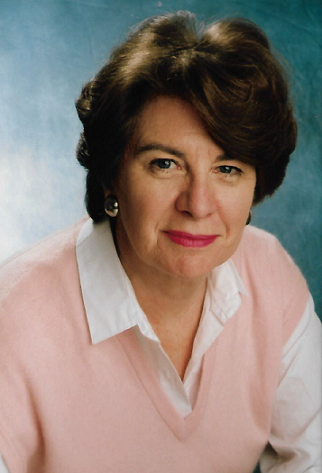 After a morning of organised events including walks, a pano or a visit to the Dock Yard, around 100 Blue and Green Badge and Student Tourist Guides gathered at the Royal Naval Club and Royal Albert Yacht Club for two excellent lectures.

As ever, it was wonderful to see members of Katrine Prince’s family at the event and it was Sandra Jack who gave a fitting tribute to Katrine, her friend and colleague. Katrine developed the Blue Badge course and promoted the guiding profession with huge enthusiasm. She was an extraordinary linguist who devoted time and energy to set up the Institute of Tourist Guiding and helped to save the Blue Badge for us all after the abolition of the Tourist Boards at the end of the 90s. She was awarded the OBE for her services to the guiding industry.

The President of the Institute welcomed the attendees and reminded everyone that 21st February is International Tourist Guide Day.  What better way to acknowledge it than celebrating our founder!

Professor Glenn Richardson, Professor of Early Modern History at St Mary’s University in London, gave us a fascinating lecture on The Field of Cloth of Gold. As many readers will know, it was a meeting between Francis I of France and Henry VIII of England which lasted a couple of weeks in the summer of 1520 in the Pas de Calais region of north west France. Professor Richardson explained that Henry’s rationale for attending the Field of Cloth of Gold was to remind his rivals of his strength whilst also stating his wish for peace. Pope Leo X wanted a truce between European princes after war between England and the French in 1513. Thomas Wolsey (a legate of the Pope) was trying to engineer a meeting where Henry VIII could be viewed as the arbiter of peace between the Christian nations. Erasmus helped provide the rhetoric and this resulted in the Treaty of Universal Peace in October 1519. Professor Richardson continued to give colourful detail to this chivalric event and stated that he is involved in the exhibition opening at Hampton Court Palace at Easter celebrating the 500th anniversary of the Field of Cloth of Gold. 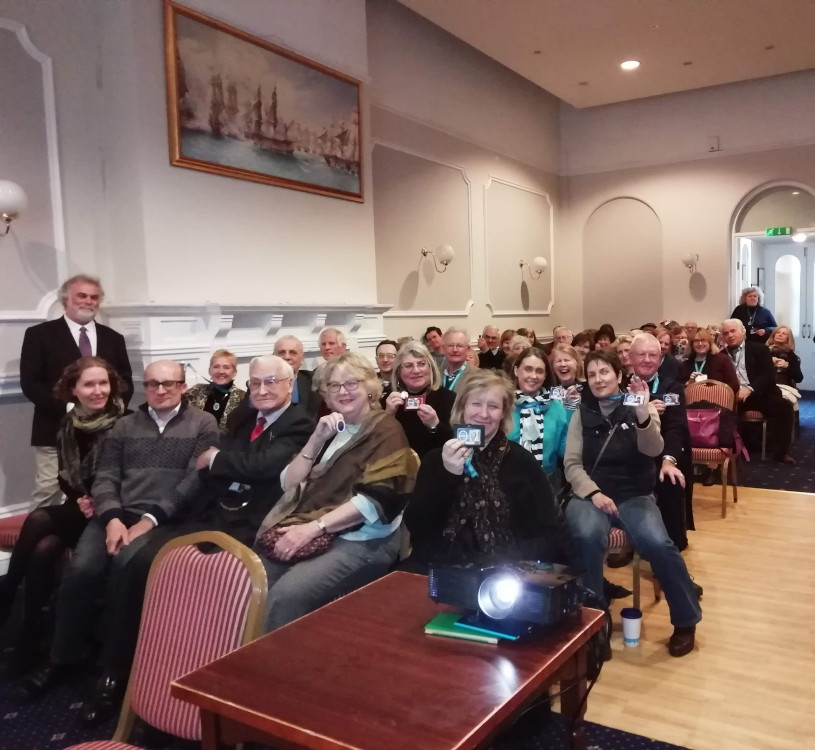 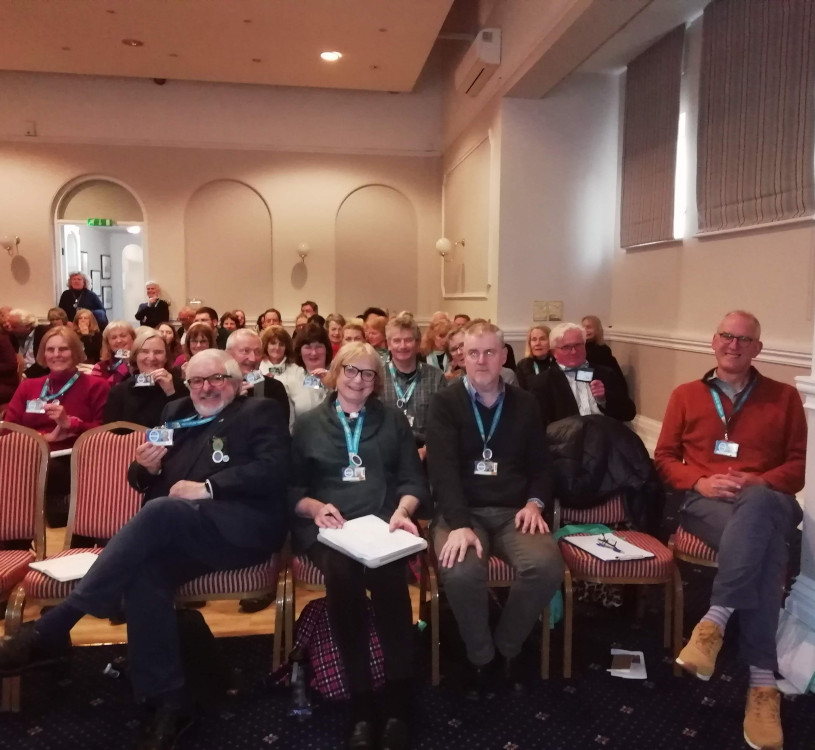 The wreck of the Mary Rose was discovered in 1971 and was raised on 11th October 1982 in one of the most complex and expensive maritime salvage projects in history.  It took 30 years to dry out the hull by means of controlled flows of dry air. The archaeologists discovered a wealth of fascinating material including the ship’s dog, Hatch, the remains of 179 men plus all their personal possessions. A snapshot in time from the Tudor age.Then Dr Dominic Fontana, a retired senior lecturer at the University of Portsmouth, gave a lecture on the Mary Rose a project on which he has worked for 35 years. The warship was 34 years old when she sank on a sunny Sunday afternoon on 19th July 1545 in full view of Henry VIII, the English fleet and the French fleet. Dr Fontana went on to discuss the famous painting entitled ‘The Embarkation of Henry VIII at Dover.’ It may have been commissioned by Henry VIII to commemorate the companion piece ‘The Field of Cloth of Gold’.  Dr Fontana went on to discuss the Cowdray engravings, a series of five 18th century engravings of 16th century wall-paintings commissioned by Sir Anthony Browne.

After the lectures, attendees were able to meet up with colleagues and friends whilst enjoying the traditional tea and scones with which these lectures always conclude